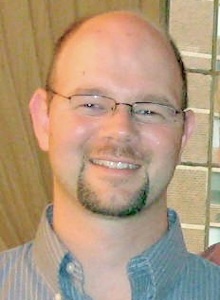 Raymond Schaak is a Professor of Chemistry and a member of the Materials Research Institute at Penn State University. Dr. Schaak received a B.S. degree in chemistry from Lebanon Valley College in 1998.  In 2001, he received a Ph.D. in materials chemistry from Penn State University under the direction of Professor Thomas Mallouk, where he demonstrated the concept of “solid-state retrosynthesis” for the stepwise and predictable topotactic synthesis of bulk and nanostructured perovskite-based oxide materials.  From 2001–2003, he was a postdoctoral research associate with Professor Robert Cava at Princeton University, where he worked on the synthesis and physical property characterization of metal carbide, boride, phosphide, oxide, and alloy superconductors.  In 2003, Dr. Schaak began his independent career as an Assistant Professor of Chemistry at Texas A&M University.  In 2007, he moved to Penn State University as an Associate Professor of Chemistry, and was promoted to Professor in 2011.  His research group focuses on developing new chemical strategies for the synthesis of nanoscale solid-state materials and applying these materials to problems at the forefront of modern materials research.  Dr. Schaak has received several prestigious awards, including an NSF Graduate Research Fellowship, an NSF CAREER Award, a Beckman Young Investigator Award, a DuPont Young Professor Grant, a Sloan Research Fellowship, a Camille Dreyfus Teacher Scholar Award, a Research Corporation Scialog Award for Solar Energy Conversion, and the National Fresenius Award.  Dr. Schaak served as Awards Committee co-chair of the American Chemical Society's Division of Inorganic Chemistry (ACS DIC) from 2007–2011, and currently serves as chair of the Nanoscience subdivision of ACS DIC, as a member of the Editorial Advisory Board of Journal of Solid State Chemistry, and as an Associate Editor of ACS Nano. 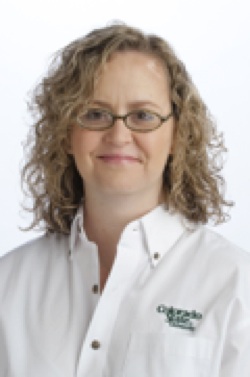 Dr. Prieto is an Associate Professor in the Department of Chemistry at Colorado State University. In addition to her research in Li-ion batteries, she has active projects developing nanoparticles inks for photovoltaics, light metal nanoparticles for hydrogen storage, and novel nanowire structures.  She earned a Ph.D. in Inorganic Chemistry from the University of California, Berkeley, where she was a Cooperative Research Fellow supported by Bell Labs, Lucent Technologies.  Her postdoctoral work was performed at Harvard University, where she measured the electronic properties of single molecules and nanoparticles. While at Harvard she was named one of the first L’Oréal USA for Women in Science Fellows. Her academic research has been funded by the American Chemical Society, the Semiconductor Research Corporation, the National Science Foundation (including the NSF CAREER award), the Center for Revolutionary Solar Photoconversion, and the CSU Clean Energy Supercluster.  Prof. Prieto founded Prieto Battery, Inc. in 2009 with the goal of commercializing a novel three dimensional high power density lithium-ion battery made from aqueous based electroplating baths.   In 2011 she was named the ExxonMobil Solid State Chemistry Faculty Fellow (and ACS award), a Presidential Early Career Awardee for Scientists and Engineers (PECASE) and won the Excellence in Storage Technology Commercialization Award from the Colorado Cleantech Industry Association. In 2012 she was awarded the Margaret B. Hazaleus Award at Colorado State University in recognition of her mentoring efforts. 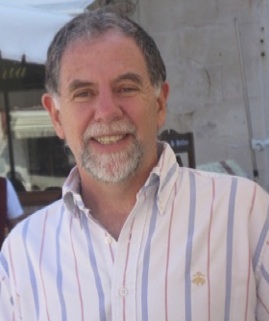 Thomas E. Mallouk was born in New York and received an Sc.B. degree in 1977 from Brown University. He was a graduate student at the University of California, Berkeley, and a postdoctoral fellow at MIT. In 1985, he joined the Chemistry faculty at the University of Texas at Austin.  In 1993 he moved to Penn State, where he is now Evan Pugh Professor of Materials Chemistry and Physics. His research involves the study of inorganic solids, especially as nanoscale materials.  Currently his group is researching light harvesting and water splitting in solar cells, electrochemical energy conversion, reactions of layered inorganc solids, nanomaterials for environmental remediation, and motion on the nanoscale. Mallouk teaches courses in general chemistry, inorganic chemistry, and electrochemistry at Penn State. He has received two teaching awards and a number of research awards, including the American Chemical Society Award in the Chemistry of Materials. He is the author of approximately 350 scientific publications. Mallouk is an Associate Editor of the Journal of the American Chemical Society, the director of the Penn State Center for Solar Nanomaterials, and chair-elect of the Section on Chemistry of the American Association for the Advancement of Science. 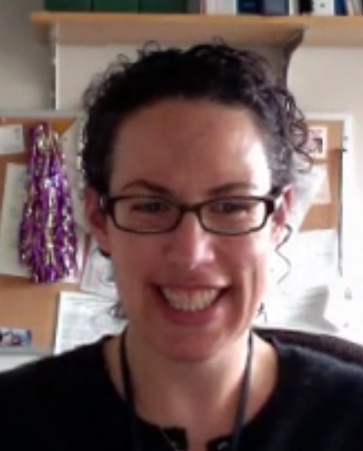 Barb has been a member of the IONiC Leadership Council since 2007. She has been an active member of the ACS and has helped to start and administer the ACS Division of Inorganic Chemistry Undergraduate Award in Inorganic Chemistry, served on the DIC Executive Committee and worked with the Exams Institute. She is currently chairing the committee for the new Inorganic Chemistry Exam.  As an associate professor at James Madison University, she has an active undergraduate research group that works on new - and hopefully porous - polyazolylborate hybrid frameworks. Barb also has interests in assessment and chemical education. In addition to teaching inorganic chemistry, Barb is a core member of the general chemistry staff and teaches Literature & Seminar - the course on literature research methods and communication in science. Barb enjoys spending time with her family, cooking, reading, and singing. Last summer she sang in the Shenandoah Valley Bach Festival’s Chamber Choir & Chorus and is looking forward to performing Verdi’s Requiem two weeks before the workshop. 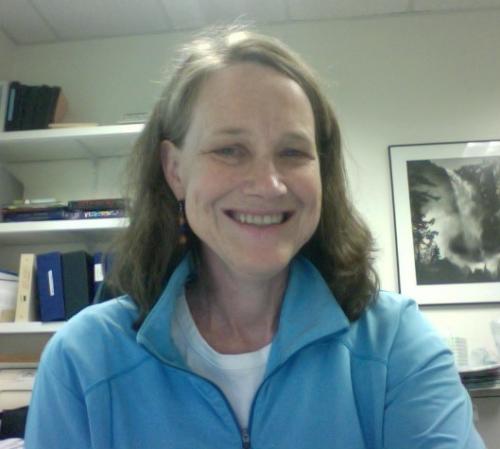 Maggie is the John D. and Catherine T. MacArthur Professor of Chemistry at Reed College and is a founding member of IONiC VIPEr. She has taught inorganic chemistry at Reed for 20 years, including a “sophomore course on steroids” (her description), Advanced I-chem (students’ description), and the fall semester of General Chemistry. Maggie’s research interests are in solid state and materials chemistry, focused on the synthesis, structural characterization, and properties of transition metal oxides. At Reed, she has supervised over 40 senior thesis students, most recently in the area of functional oxide materials for alternative energy applications including lithium ion batteries and semiconductor photocatalysis. Her goal is to bring the frontiers of research into the classroom and laboratory to inspire students and illustrate the unique viewpoint and creative approaches that inorganic chemists use to tackle problems and advance our fundamental understanding. Outside of Reed, Maggie attempts to keep up with 2 very active teenage boys, hike and geocache (NiobiumPDX) with her newfoundland, keep the garden growing, have fun in the kitchen, and indulge her creative side as a quilter. 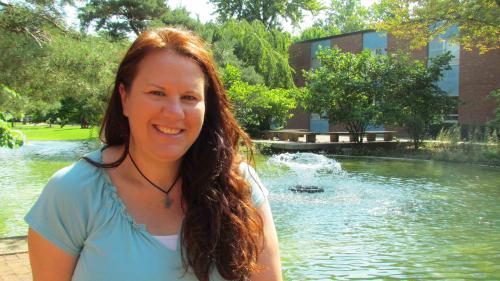 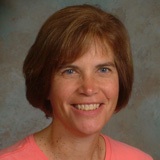 Joanne started her adventures in chemical education as part of the NSF-sponsored ChemLinks consortium in the mid 90’s. She is a faculty member in the chemistry department at Hope College where she has worked with over 50 undergraduate research students. She is very interested in interdisciplinary teaching and learning and especially in how students integrate their knowledge to tackle complex problems. She has developed interdisciplinary courses on abrupt climate change and on the history of our concept of time. Although she hates the word balance, she does believe in spending a lot of time with her two teenagers and in working for social justice in her local community.

Chip is an associate professor at Lafayette College in Easton, PA. He has worked with over 50 undergraduate students examining the reactivity and electrochemistry of compounds containing bis(phosphino)ferrocene ligands. He was invited to join the leadership council of IONiC VIPEr in 2011. Chip did his Ph.D. work on the protonation of metal-metal bonds under Bob Angelici at Iowa State. He then went to the University of Vermont where he spent time working on polymers with Chris Allen and learning about electrochemistry from Bill Geiger. He enjoys spending time with his wife and daughter and is often found sweltering at his daughter’s swim meets. He is also a big baseball fan and serves as the head coach of the club baseball team at Lafayette.

Betsy is an associate professor at Smith College in Northampton, MA.  Her research efforts focus on examining the thermodynamic and structural consequences of forming the spiroiminodihydantoin lesion in DNA duplexes.  Betsy did her graduate work at M.I.T. under the direction of Steve Lippard and a postdoc at Boston University with Tom Tullius before joining the Smith faculty in 2001.  She has been a member of the IONiC leadership council since 2008.  She teaches courses in general chemistry, inorganic chemistry and biochemistry and is currently the Director of Smith’s Biochemistry Program.  When not at work, Betsy spends much of her time shuttling her 12- and 9-year old children around to their various activities and in the last few years, has started learning how to play the guitar. 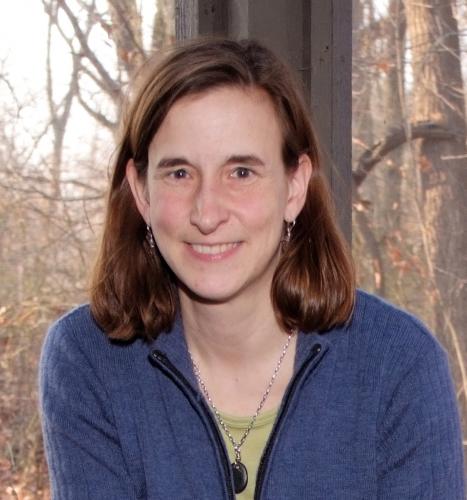 Hilary is an Associate professor at DePauw University and founding member of IONiC VIPEr.   She is currently finishing up a stint directing DePauw’s Science Research Fellows honors program and getting ready for an upcoming sabbatical.  She teaches first year and advanced level inorganic courses at DePauw University and directs undergraduate research on inorganic reactions in ionic liquids and metal-containing ionogels.   She got her Ph.D. under George Christou at Indiana University in 1996 making single molecule magnets, and then did a stint as a DNA-cleaving bioinorganic chemist with Jeff Zaleski.   When she is not working or practicing cello with her 4-year old, she enjoys long distance trail running, yoga, and local foods.