Chris Bailey teaches general, inorganic, instrumental, solid state, an occasional course in bioinorganic, and a freshman writing course which uses genealogy as the basis, at Wells College in Aurora, NY. His undergraduate degree is from Beloit College in WI, where he was first introduced to the field of bioinorganic chemistry, and his Ph.D. is from the University of Vermont, where his work involved producing affinity-label analogs for two separate iron-transport systems, transferrin and siderophores. He is the Chair of the Major Programs in the Biological and Chemical Sciences at Wells, where he has taught since 1987.

Liz Bajema is a second year graduate student in the lab of Tom Meade at Northwestern University. She is researching a cobalt Schiff base/gold nanoparticle conjugate for treatment of basal cell carcinoma. Liz received her B.S. from Saint Mary’s College (IN), where she developed paper analytical devices as a screening tool for counterfeit pharmaceutics. After graduating from Saint Mary’s, she worked on product design and large-scale field testing of the counterfeit screening tool for one year.

Marion Cass teaches Inorganic Chemistry, Molecular Orbital Theory, Inorganic Chemistry Laboratory, Introductory Chemistry, Chemistry for Non-Science Majors, and Scientific Glassblowing at Carleton College (since 2012 she is formally ½ time).  She received her undergraduate degree at Fort Lewis College (in Durango, CO) and her graduate degree from the University of Colorado, Boulder.  She did postdoctoral work with Ken Raymond at Berkeley, one sabbatical leave with Nate Lewis at Caltech and a second sabbatical leave with Henry Rzepa at Imperial College London.  Since 2004, she has done computational research primarily on non-dissociative mechanisms that scramble atom positions within molecules.  A major emphasis of her work has been to develop interactive visualizations and animations using Jmol to facilitate understanding of molecular processes and to illustrate the fantastic diversity and beauty of the molecular world.

Sibrina Collins, a native of Detroit, Michigan is a Chemist-Historian. While pursuing her B. A. degree in chemistry at Wayne State University (Detroit, MI), she was the recipient of the National Institutes of Health Minority Access to Research Careers (NIH-MARC) fellowship (1992 -1994). After earning her B.A. from WSU in May 1994, she pursued graduate studies in the Department of Chemistry at The Ohio State University (Columbus, Ohio). Formally trained as an organometallic photochemist under the direction of Professor Bruce E. Bursten, she earned her M.S. and Ph.D. in 1996 and 2000, respectively. She is an assistant professor of chemistry at the College of Wooster (Wooster, Ohio) focusing on the synthesis and characterization of effective anticancer agents containing late transition metal centers. She has also published history of science content focused on the scientific contributions of African American scientists.

Peter Craig  teaches general, inorganic and analytical chemistry at McDaniel College in Westminster MD.  He completed undergraduate and graduate studies at the University of Auckland, New Zealand culminating in a doctoral thesis on Cobalt and Chromium complexes as hypoxia- and radiation-activated cytotoxins.  Work with undergraduate researchers has focused on the development and study of heavy-metal chelating agents, in addition to that of metal complexes designed to function as antibacterial or anticancer agents. 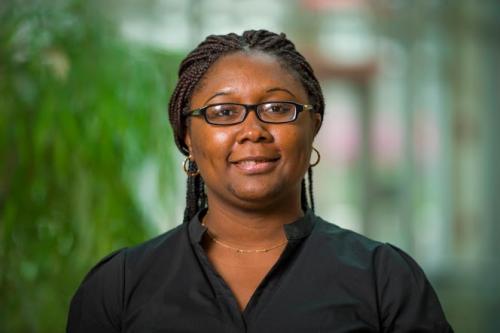 Carmen Gauthier teaches general chemistry, forensic chemistry and inorganic chemistry (descriptive and advanced) a at Florida Southern College in Lakeland, Florida.  She is the chair of the chemistry and physics department.  Carmen received her B.Sc. in chemistry from the Pontifical Catholic University of Peru in Lima-Peru and her Ph.D. in chemistry at the University of New Hampshire in Durham, NH.  She is currently conducting research in the area of metal-organic frameworks. 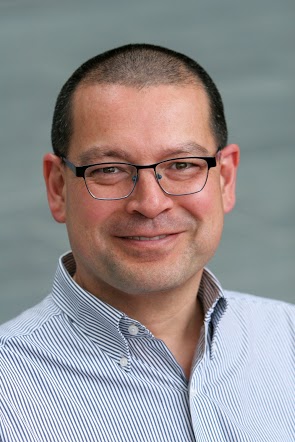 Christopher Goh teaches general and inorganic chemistry and instrumental methods of analysis at Williams College in Williamstown, MA. He completed his undergraduate studies at the University of Durham in the U.K., and made structural models of iron-sulfur clusters for his graduate work at Harvard University. Post-doctoral work in polymer synthesis at the University of Massachusetts – Amherst and a six-year stint in industry working on catalysts development eventually led to his current position.

Kyle Grice Kyle Grice is an assistant professor at DePaul University in Chicago, IL. He joined the faculty in 2013 and taught general chemistry in the 2013–2014 academic year. He is looking forward to teaching general chemistry, inorganic chemistry, and a special topics course on bioinorganic chemistry in the coming academic year. Prior to DePaul, Kyle was a postdoctoral researcher at the University of California at San Diego, researching homogenous metal catalysts for CO2 reduction in the laboratory of Clifford P. Kubiak. Kyle obtained his PhD in 2010 at the University of Washington in the lab of Karen I. Goldberg, studying C–H bond functionalization by platinum complexes. Kyle’s current research focuses on the catalytic transformation of strong bonds us homogeneous metal complexes. 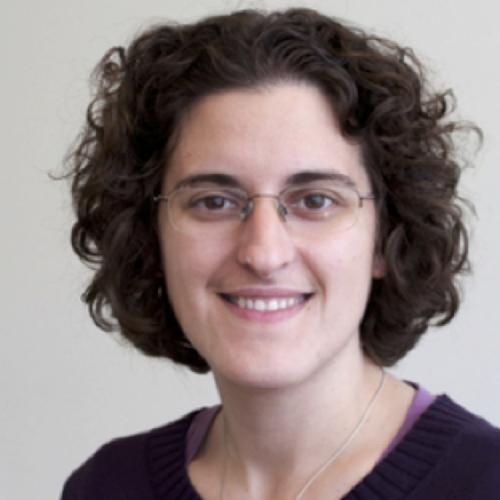 Erica Gunn teaches general, inorganic and quantum chemistry at Simmons College in Boston, MA. She researches crystal growth and phase transitions in pharmaceutical and organic solids. After graduating from Simmons College with a BS in 2004, she attended the University of Washington in Seattle where she studied crystal growth and earned a PhD in material/solid state chemistry in 2009. She completed a year-long teaching fellowship at the University of Washington Bothell in 2008-2009. Erica then studied the stability and phase behavior of pharmaceutical solids as a PhRMA postdoctoral fellow at the University of Wisconsin Madison.

Laurel Habgood  teaches organic and inorganic chemistry for majors and honors/general education courses related to the culture and chemistry of crime at Rollins College in Winter Park, FL. Her undergraduate degree is from Smith College, followed by a PhD at Duke University, post-doctoral experience at North Carolina State University, and a sabbatical at the University of Virginia. Laurel’s research experiences focus on the development of transition-metal catalysts for making new C-C and C-X bonds and creating new lab experiments for teaching labs that have a basis in current primary literature. 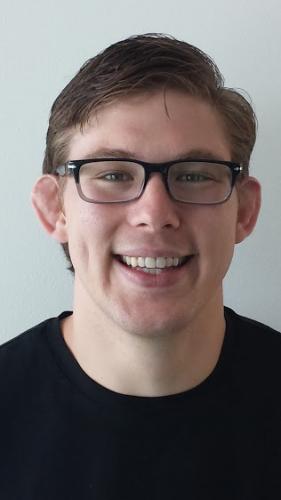 Robert Holbrook received his BS in chemistry from Duke University in 2010. While at Duke, he studied the coordination of platinum therapeutic agents to met-rich motifs of human copper transport protein1 in the laboratory of Professor Katherine J. Franz. Currently, Robert is a graduate student in the laboratory of Professor Thomas J. Meade working on the development of light activated cobalt(III) Schiff base protein inhibitors. 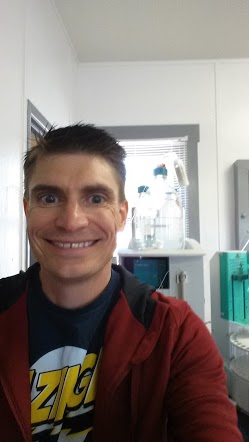 Jim Jeitler teaches inorganic and general chemistry, quantitative analysis and organic lab at Marietta College in Marietta Ohio. He is a native of Buffalo, NY where he attended SUNY Buffalo. He earned his PhD at Clark University in Worcester, MA in magnetochemistry. He spent 10 years at the University of Idaho and North Idaho College before moving to Ohio in 2007. Jim is currently the chair of the chemistry department at Marietta and is spending his summer working in the water lab at Washington Water Solutions.

Mariusz Kozik teaches general, inorganic, bioinorganic, and organometallic chemistry at Canisius College in Buffalo, NY, where he is also the Department Chair. In his teaching he applies various active learning methods. He completed his undergraduate studies at Jagiellonian University in Krakow, Poland. He did his PhD work on multinuclear NMR of reduced polyoxometalates at Georgetown University in Washington, DC and postdoctoral work on solvent dynamics using time resolved emission spectroscopy at Brookhaven National Laboratory in Upton, NY. His current research involves applications of various polyoxometalates as catalysts for carbon dioxide activation. 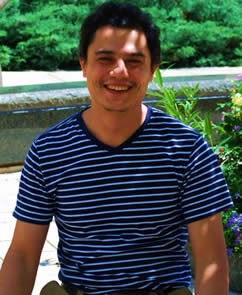 Sherzod Madrahimov is currently a postdoctoral researcher in the Nguyen group at Northwestern University. He completed his Ph.D. in Chemistry in 2012 under the guidance of John Hartwig at the University of Illinois Urbana-Champaign. His thesis work was on studying the mechanism of iridium catalyzed allylic substitution reactions. Sherzod’s research in Nguyen group centers on the preparation of porous metal-organic and organic polymers containing transition metals with open coordination sites and their application in catalysis and gas separation.

Justin Massing is currently a postdoctoral researcher in the Meade group at Northwestern University. Justin’s research in the Meade group is focused on developing MR imaging platforms for visualizing tumor hypoxia and overexpression of multiple cell-surface receptors. He was recently awarded a Ph.D. in inorganic chemistry from the University of New Hampshire under the guidance of Prof. Roy Planalp. His dissertation was concerned with synthesizing bifunctional chelates and their subsequent incorporation within a polymer-based indicator for ratiometric fluorescent metal-ion sensing.

Emilly Obuya currently teaches General and Advanced Inorganic Chemistry courses at Russell Sage College in Troy, NY. She completed her PhD in Inorganic and Material Chemistry at Wayne Jones’ lab in SUNY – Binghamton. Her thesis was on the design and synthesis of TiO2-based materials for environmental detoxification. She is originally from Kenya where she completed her undergraduate studies. 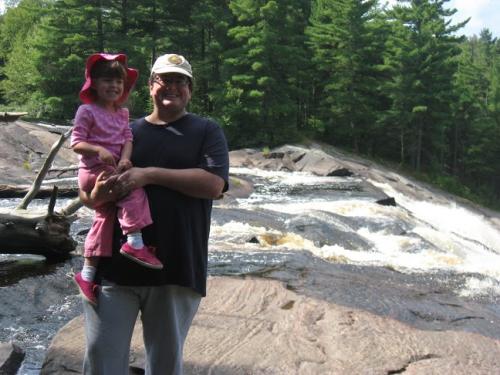 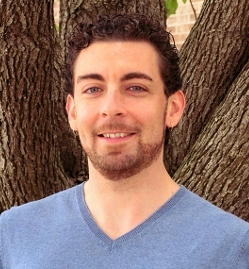 Gerard Rowe carried out his graduate studies at Boston University studying the kinetics and mechanism of a model compound of binuclear non-heme iron oxygenase enzymes, followed by a post-doctoral fellowship at Brandeis University focusing on inorganic synthesis and computational chemistry.  He took a position at the University of South Carolina Aiken in 2010 where he teaching General Chemistry and Inorganic Chemistry.  His current research focuses on the synthetic, computational, and catalytic study of bioinorganic model compounds that engage in proton coupled electron transfer reactions. 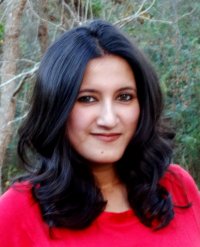 Arpita Saha  completed her master’s study at IIT Kanpur, India. She earned her doctorate degree in Inorganic chemistry from the University of Florida studying the synthesis and characterization of magnetic materials. She is currently in her second year as an assistant professor at the Georgia Southern University where she teaches general and advanced inorganic chemistry lectures and lab. Her current research focus is on metal based multifunctional materials, medicinal chemistry and environmental chemistry. 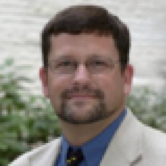 Shaun E. Schmidt received his Bachelor of Science from Florida Southern College and both his Master of Science and Doctor of Philosophy were received from the University of South Florida. He taught as Visiting Assistant Professor at East Carolina University prior to joining Washburn University in August 2001 as an Assistant Professor in the Chemistry Department. He was promoted to Professor in 2013. Shaun’s teaching duties include Fundamentals of Chemistry I & II lecture and laboratory, Inorganic Chemistry lecture and laboratory, Chemistry Seminar, and Undergraduate Chemistry Research. His research has focused on developing methodologies for the efficient synthesis of azamacrocyclic materials. He continues to be active in service on the Faculty Senate and as Chair for the Apeiron committee. The Apeiron in a campus wide student forum for presentation of outstanding creative work, scholarly work and original research. 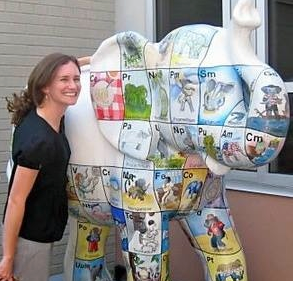 Abigail Shelton completed her undergraduate work at Western Kentucky University; she earning her doctorate in physical inorganic chemistry from the University of Florida studying the synthesis and photophysical properties of nonlinear absorbing platinum acetylide complexes. Abigail has completed her third year as an assistant professor at the University of Tennessee at Martin, where she teaches general and physical inorganic chemistry lectures and physical chemistry lab.

Kari Young   just completed her first year as Assistant Professor of Chemistry at Centre College in Danville, Kentucky.  Before coming to Centre, Kari completed a B.A. in chemistry and English at the University of Tulsa and a Ph.D. at Yale University, where she studied biomimetic manganese-catalyzed water oxidation with Prof. Gary W. Brudvig.  In addition to a junior/senior level inorganic chemistry course, Kari has taught general chemistry and a first-year seminar on alternative energy technology.  Her current research focuses on manganese- and iron-catalyzed degradation of lignin model compounds with hydrogen peroxide.