Anne Katherine Jones is an Associate Professor in the Department of Chemistry and Biochemistry at Arizona State University. She earned a B.Sc. from the University of the South in 1998 majoring in chemistry and mathematics. In 2002, she completed her D. Phil. at Oxford University as a Rhodes Scholar and an NSF pre-doctoral fellow under the direction of Prof. Fraser Armstrong. She was an Alexander von Humboldt fellow at the Humboldt University in Berlin, Germany and an NIH-NRSA Fellow at the University of Pennsylvania. In 2007, Dr. Jones began her independent career as an Assistant Professor at Arizona State University, and in 2013 she was promoted to the rank of Associate Professor. Her research seeks to define the mechanisms of multielectron redox transformations at biological metallocenters and utilize this information to construct synthetic catalysts, especially for fuel renewable production. This encompasses a broad range of projects including biochemical research focused on determining mechanism, development of new electrochemical techniques to study biological systems, and design, synthesis, and benchmarking of novel inorganic catalysts. Her research has been funded by the Science Foundation of Arizona, the Air Force Office of Scientific Research (early CAREER award), the NSF, and the Department of Energy (early CAREER award). Jones teaches courses in inorganic chemistry, bioinorganic chemistry, sustainability in chemistry, and scientific writing.

Thomas J. Meade, PhD is the Eileen M. Foell Professor of Cancer Research and Professor of Chemistry, Molecular Biosciences, Neurobiology, Biomedical Engineering and Radiology at Northwestern University. He received his masters in Biochemistry and PhD in inorganic chemistry and after completing a NIH fellowship and fellow in Radiology at Harvard Medical School he joined the laboratory of Professor Harry B. Gray as a postdoctoral fellow at the California Institute of Technology.  In 1991 he joined the Division of Biology and the Beckman Institute at Caltech.  In 2002 he moved to Northwestern University, where he is the Director of the Center for Advanced Molecular Imaging (CAMI). Professor Meade’s research focuses on coordination chemistry and its application in bioinorganic problems that include biological molecular imaging, transcription factor inhibitors and the development of electronic biosensors for the detection of DNA and proteins. Professor Meade holds more then 100 patents and has founded three companies, Clinical Micro Sensors, PreDx and Ohmx that are developing hand-held detection devices for protein and DNA detection and bioactivated MR contrast agents for clinical imaging.

Janet Morrow is a Professor of Chemistry at the University at Buffalo, State University of New York.  Dr. Morrow received her B.S. in chemistry from the University of California, Santa Barbara.  She earned her Ph.D. in chemistry from the University of North Carolina, Chapel Hill under the supervision of Professor Joseph Templeton.   To combine adventure and research opportunities, she obtained a National Science Foundation sponsored postdoctoral fellowship to study at the University of Bordeaux, in southern France with Professor Didier Astruc.  She returned to the states to do postdoctoral research under the supervision of Professor William Trogler at University of California, San Diego.  She began her independent career as an assistant professor at the University of Buffalo, where she is currently professor and recently served as associate chair.  Her research focuses on 1) metal ion complexes as optical sensors and paraCEST MRI contrast agents (paraCEST = paramagnetic chemistry exchange saturation transfer) and 2) metal ion interactions with nucleic acids.  Her laboratory developed the first paraCEST agents that contain iron, cobalt or nickel as smart contrast agents that are responsive to pH and redox potential.   Her second area of research involves the recognition of unusual DNA structures, the design of metal ion based conformational switches of DNA and RNA and metal ion-nucleic acid based optical switches.  Her awards include the Alfred P. Sloan Fellowship, the National Institutes of Health First award, and the National Science Foundation Special Award for Creativity.   She has served as the Chair of the Bioinorganic Chemistry section of the Inorganic Division of the American Chemical Society, the editorial advisory board of the Journal of Biological Inorganic Chemistry, the advisory board of Inorganic Chemistry, a Council Member of the Society of Biological Inorganic Chemistry, and co-chair of the NSF workshop on Inorganic Chemistry.  She is currently serving on the editorial advisory board of the Journal of Inorganic Biochemistry and is director of an NSF-REU program.  She teaches general chemistry, biochemistry, various inorganic chemistry courses, and bioinorganic chemistry. 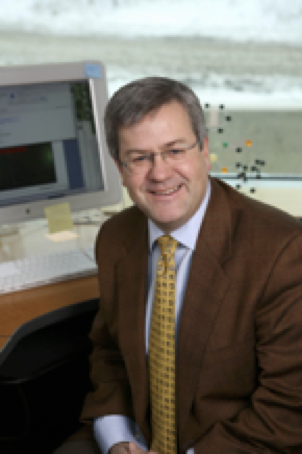 Thomas V. O’Halloran is widely known for his interdisciplinary research program, which involves chemical synthesis, analytical chemistry, biochemistry, molecular biology and cell biology.  In his role of the Director of the Chemistry of Life Processes Institute, Professor O’Halloran administers and leads teams of interdisciplinary biomedical researchers. This Institute brings together researchers from the fields of chemistry, biology, physics, engineering, medicine, proteomics, nanobiotechnology, molecular therapeutics and biological molecular imaging. He also serves as the Associate Director for the Basic Sciences Research Division of the Robert H. Lurie Comprehensive Cancer Center of Northwestern University.   Professor O’Halloran received his BS and MA degrees in Chemistry from the University of Missouri, and a PhD in 1985 from Columbia University in Bioinorganic Chemistry. Dr. O'Halloran joined the faculty of Northwestern University in 1986 after postdoctoral training at MIT. Dr. O'Halloran is the Morrison Professor in the Department of Chemistry and in the Department of Molecular Biosciences at Northwestern.  In his tenure at Northwestern University he has supervised over 40 Ph.D. theses and more than 25 postdoctoral fellows. Professor O'Halloran's scientific recognitions include a National Science Foundation Presidential Young Investigator Award, a National Searle Scholars Award, an Alfred P. Sloan Research Fellowship, the Camille and Henry Dreyfus Foundation Teacher-Scholar Award, the American Society of Biochemistry and Molecular Biology Schering-Plough Scientific Achievement Award, the David Denks Award for Research of copper Homeostasis Award and the Royal Society for Chemistry Bioinorganic Award. He is a Fellow of the American Association for the Advancement of Science, the Royal Society of Chemistry, and the Japanese Society for the Promotion of Science as well as a John Simon Guggenheim Fellow. Professor O'Halloran received a MERIT award from the National Institutes of Health.  His research centers on the regulatory biology and chemistry of transition metal receptors involved in homeostasis, oxidative stress and developmental pathways.  His laboratory focuses on molecular mechanisms regulating the uptake, trafficking, utilization and intracellular fluxes of metals essential for growth and proliferation (i.e., zinc, copper and iron), nanoscale drug delivery mechanisms and on the mechanisms of clinically important anticancer agents that are based on arsenic, molybdenum and platinum chemistry.  His discoveries have established the functions and structures of two classes of soluble receptors: metalloregulatory proteins that govern metal responsive gene expression and metallochaperone proteins that control intracellular trafficking pathways.  Most recently, he has discovered nanoscale processes for targeted delivery of multifunctional therapeutic agents for treatment of hematological cancer and solid tumors: these agents are moving rapidly towards clinical trials.  Other recent discoveries involve new roles for zinc fluxes in control of the earliest stages of mammalian development.​ 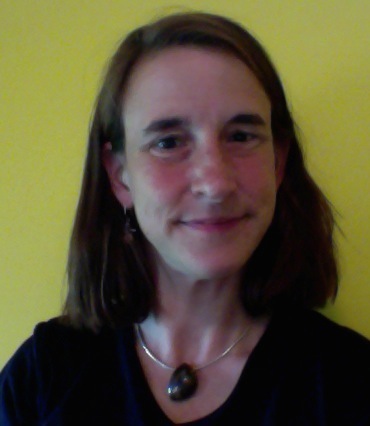 Hilary is an Associate professor at DePauw University and a founding member of IONiC VIPEr.   She recently finished up a stint directing DePauw’s Science Research Fellows honors program and is finishing her year-long sabbatical.  She teaches first year and advanced level inorganic courses at DePauw University and directs undergraduate research on inorganic reactions in ionic liquids and metal-containing ionogels.   She got her Ph.D. under George Christou at Indiana University in 1996 making single molecule magnets, and then did a stint as a DNA-cleaving bioinorganic chemist with Jeff Zaleski, and so knows just enough bioinorganic chemistry to be dangerous.   This fall she'll be teaching a First Year writing intensive seminar entitled "Materials of Art:  the Science of Making Things Beautiful."  When she is not working or practicing cello with her 5-year old, she enjoys art collecting, long distance trail running (including her first ultramarathon), yoga, and local foods.

Betsy is an associate professor at Smith College in Northampton, MA.  Her research efforts focus on examining the thermodynamic and structural consequences of forming the spiroiminodihydantoin lesion in DNA duplexes.  Betsy did her graduate work at M.I.T. under the direction of Steve Lippard and a postdoc at Boston University with Tom Tullius before joining the Smith faculty in 2001.  She has been a member of the IONiC leadership council since 2008.  She teaches courses in general chemistry, inorganic chemistry and biochemistry and is currently the Director of Smith’s Biochemistry Program.  When not at work, Betsy spends much of her time shuttling her 13- and 10-year old children around to their various activities and in the last few years, has started learning how to play the guitar.

Nancy Williams, the Keck Science Department of the Claremont Colleges 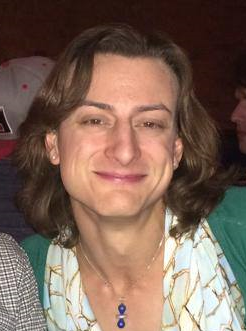 Nancy Williams teaches at the Keck Science Department of the Claremont Colleges, which serves the students of Scripps College, Claremont McKenna College, and Pitzer College. She teaches Inorganic, Organic, Genchem, and AISS, the Keck Science Department’s Accelerated Integrated Science Sequence, which combines intro chem, intro physics, and intro bio into a triple-team-taught course. She has also taught in the Advanced Lab and a First Year Humanities Seminar. Her research is mechanistic and
orbital-focused and centered around the use of late transition metals to make and break hydrocarbon bonds. She is currently doing time as Convener for the chemistry group as penance, though it is not clear
for what past sin she is being punished. She has been involved with IONiC for more years than she would like to admit, but happily fesses up to the wonderful connections she has made with other inorganic chemists and the amount of what she teaches that she has learned from others. In her spare time she reads history books, plays video games, and serves as a minion to her cats, Atalanta (‘Atty’) and Galen (‘Gale’).